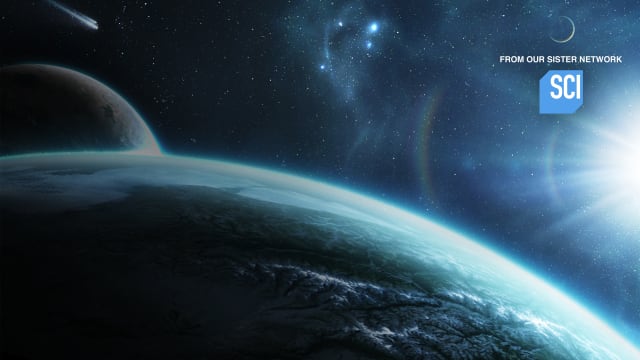 How the Universe Works is a documentary science television series that originally aired on the Discovery Channel in 2010. The first and third through eighth seasons were narrated by Mike Rowe. The second season and episodes of the fifth and sixth seasons were narrated by Erik Todd Dellums. The first season, broadcast from April 25 to May 24, 2010, was released on Blu-ray on February 28, 2012. Since its second season, consisting of eight episodes broadcast between July 11 and August 29, 2012, the show has aired on the Science Channel. The third season aired between July 9 and September 3, 2014. The fourth season premiered on July 14, 2015, as part of the Science Channel's "Space Week," in honor of New Horizons′ flyby of Pluto that day; the season ran through September 1, 2015. The show′s fifth season aired from November 22, 2016, through February 7, 2017. The sixth season premiered on January 9, 2018 and ran through March 13, 2018. The seventh season premiered on January 8, 2019. On December 30, 2019, it was announced that the eighth season will premiere on January 2, 2020. (Wikipedia)

How the Universe Works Related