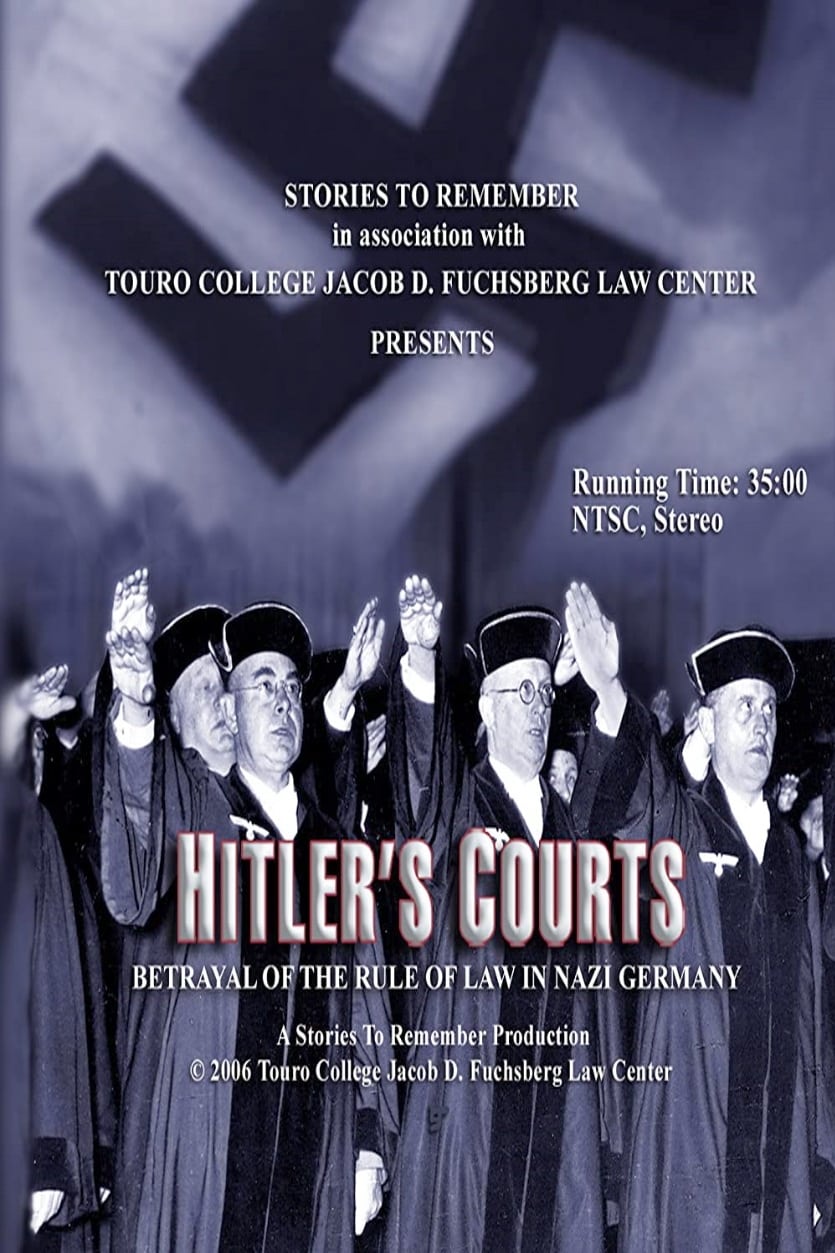 Hitlers Courts - Betrayal of the rule of Law in Nazi Germany

Documentary about the legal system in Nazi Germany featuring archival footage from the Nazi era, rare photographs, and interviews with various leading voices in international law including writer Joshua Greene, a Canadian lawyer himself. Hitler's Courts provides a vivid, accessible account of the role of law and lawyers during the Nazi era, and continues to be relevant today in American society as we wrestle with the difficult balance between civil liberties and national security. Democracy is fragile, and the experience of Germany in the 1930s and 1940s demonstrates how even a constitutionally governed nation could succumb to the rhetoric of despots. Without vigilance on the part of our lawyers and judges, the men and women who are charged with the task of safeguarding the rule of law, any nation is vulnerable to the effects of fear and propaganda. Greene suggests that his should be the most enduring lesson of the documentary.

Hitlers Courts - Betrayal of the rule of Law in Nazi Germany