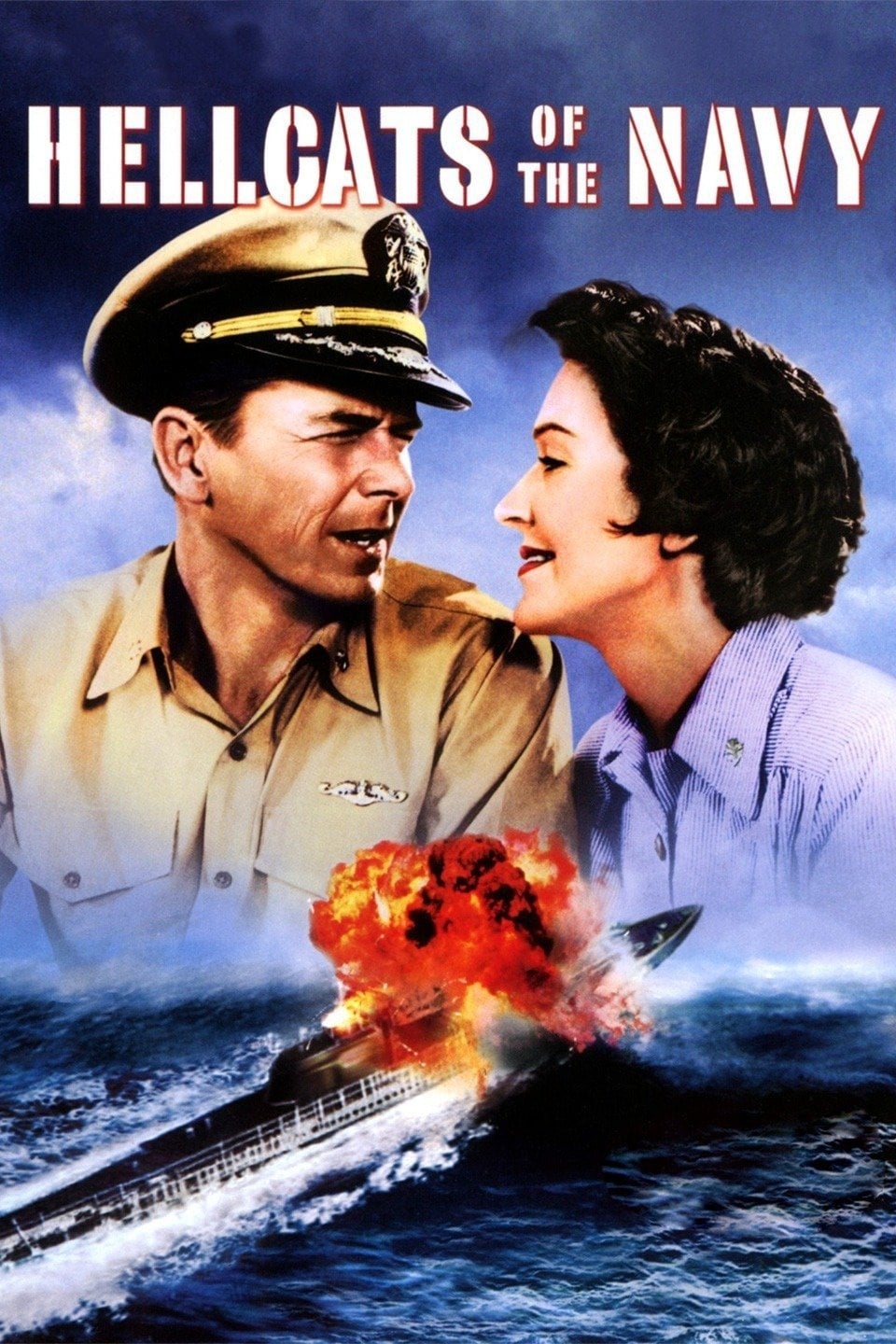 Hellcats of the Navy

Future "first couple" Ronald Reagan and Nancy Davis made their only joint film appearance in Hellcats of the Navy. Ronnie plays Casey Abbott, commander of a WW2 submarine, while Nancy portrays navy nurse Helen Blair, Abbott's off-and-on girlfriend. During a delicate mission in which his sub is ordered to retrieve a revolutionary new Japanese mine, Abbott is forced to leave frogman Wes Barton (Harry Lauter) behind to save the rest of his crew. But Abbott's second-in-command Don Landon (Eduard Franz) is convincing that Abbott's sacrifice of Barton was due to the fact that the dead man had been amorously pursuing Helen.

Hellcats of the Navy