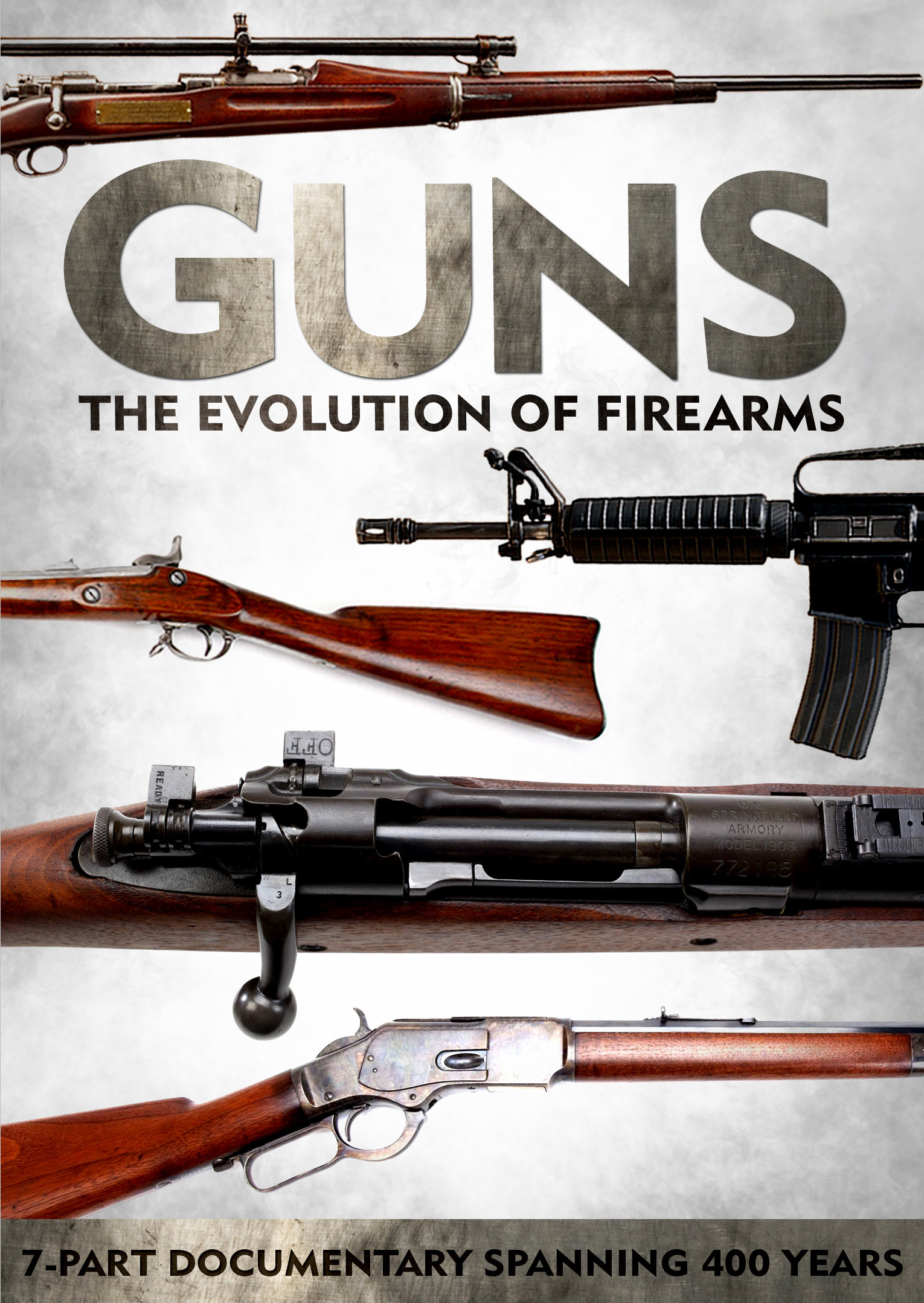 The greatest gift of mankind over beasts is his ability to craft and use tools. From the simple stone axe to modern warfare technology the relationship between man and survival has been an ongoing battle from the beginning of time. Blast through authentic archived photos, comprehensive video footage and in-depth re-enactments as you discover the achievements and tribulations that played major roles in the shots heard round the world. From the conquering of game, power and land this 7-Part Documentary shoots through 400 years of the events and developments that shaped...The Evolution of Firearms

S1E1: From the invention of Gunpowder to the American Rifle

S1E2: From the Flintlock to the Percussion cap

S1E3: The Weapons of the Civil War