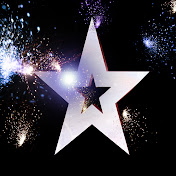 Got Talent is a British talent show TV format conceived and owned by Simon Cowell's SYCOtv company. It has spawned spin-offs in over 68 countries (as of november 2019), in what is now referred to as the 'Got Talent' format, similar to that described by Fremantle of the Idol and The X Factor formats. Unlike those shows, Got Talent showcases several artistic disciplines in addition to singing. In April 2014, the format was named the world's most successful reality TV format ever by the Guinness World Records. (Wikipedia)