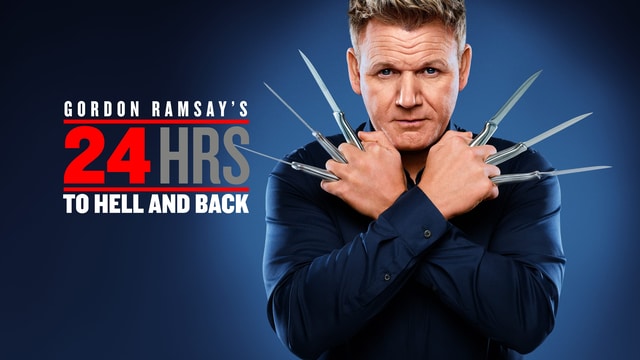 Gordon Ramsay's 24 Hours to Hell and Back is an American reality television program which premiered on Fox on June 13, 2018. Starring chef Gordon Ramsay, the show features his travels across the United States, visiting failing restaurants in his 70-foot-long "Hell On Wheels" semi-truck that unfolds into a high-tech mobile kitchen, where the chefs are retrained. At first, a team is sent in to secretly survey the restaurant, with Ramsay eventually going undercover inside. He then tries to address the issues and revive each restaurant by retraining staff and refreshing the menu, culminating in a relaunch of the restaurant with a grand re-opening to the public after extensive renovations—all in just 24 hours. The format is similar to those of other programs such as Hotel Hell, Kitchen Nightmares, and Restaurant: Impossible. (Wikipedia)

Watch Gordon Ramsay's 24 Hours to Hell and Back Episodes Online

Gordon Ramsay's 24 Hours to Hell and Back Casts

Gordon Ramsay's 24 Hours to Hell and Back Related