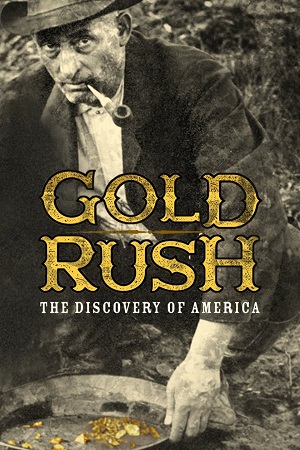 Gold Rush: The Discovery of America

The discovery of gold nuggets in the Sacramento Valley in early 1848 sparked the Gold Rush, arguably one of the most significant events to shape American history during the first half of the 19th century. As news spread of the discovery, thousands of prospective gold miners traveled by sea or over land to San Francisco and the surrounding area; by the end of 1849, the non-native population of the California territory was some 100,000 (compared with the pre-1848 figure of less than 1,000). A total of $2 billion worth of precious metal was extracted from the area during the Gold Rush, which peaked in 1852. This captivating, new documentary series explores the stories of struggle and triumph of the thousands who risked everything for the pursuit of wealth and the illusive American Dream.