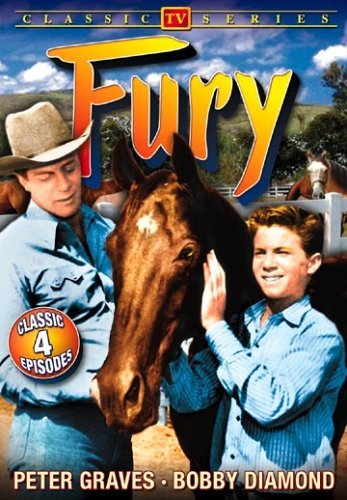 Fury is an American western television series that aired on NBC from 1955 to1960. It stars Peter Graves as Jim Newton, who operates the Broken Wheel Ranch in California; Bobby Diamond as Jim's adopted son, Joey Clark Newton, and William Fawcett as ranch hand Pete Wilkey. Roger Mobley co-starred in the two final seasons as Homer "Packy" Lambert, a friend of Joey's.

The frequent introduction to the show depicts the beloved stallion running inside the corral and approaching the camera as the announcer reads: "FURY!..The story of a horse..and a boy who loves him." Fury is the first American series produced originally by Television Programs of America and later by the British-based company ITC Entertainment.