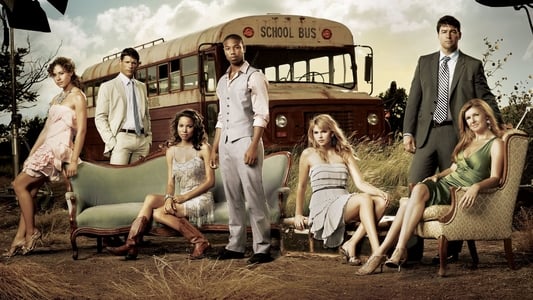 Friday Night Lights is an American sports drama television series developed by Peter Berg, that is inspired by the 1990 nonfiction book by H. G. Bissinger, which was adapted as the 2004 film of the same name by Berg. It was executive produced by Brian Grazer, David Nevins, Sarah Aubrey and Jason Katims, who served as showrunner. The series is about a high school football team in the fictional town of Dillon, a small, close-knit community in rural Texas. The series features an ensemble cast, led by Kyle Chandler and Connie Britton, who portray a high school football coach Eric Taylor and his wife Tami Taylor, a high school faculty member. The rest of the primary cast includes characters associated with football and high school. The series uses this small-town backdrop to address many issues facing contemporary American culture, including family values, school funding, racism, drugs, abortion and lack of economic opportunities. Produced by NBCUniversal, Friday Night Lights premiered on October 3, 2006. It aired for two seasons on NBC. In May 2007, the series was renewed for a second season to consist of 19 episodes, but due to the writer's strike, it was shortened to 15 episodes. Although the show had garnered critical acclaim and passionate fans, the series suffered low ratings and was in danger of cancellation after the second season. To save the series, NBC struck a deal with DirecTV to co-produce three more seasons; each subsequent season premiered on DirecTV's 101 Network, with NBC rebroadcasts a few months later. The series ended its run on The 101 Network on February 9, 2011, after five seasons.Though Friday Night Lights never garnered a sizable audience, it was a critical success, lauded for its realistic portrayal of Middle America and deep exploration of its central characters. The show appeared on a number of best lists and was awarded a Peabody Award, a Humanitas Prize, a Television Critics Association Award and several technical Primetime Emmy Awards. At the 2011 Primetime Emmy Awards, the show was nominated for Outstanding Drama Series. Kyle Chandler and Connie Britton also scored multiple nominations for the Outstanding Lead Actor and Actress awards for a drama series. Executive producer Jason Katims was nominated for Outstanding Writing for a Drama Series. Chandler and Katims each won the Emmy in 2011. (Wikipedia)

S1E10: It's Different for Girls