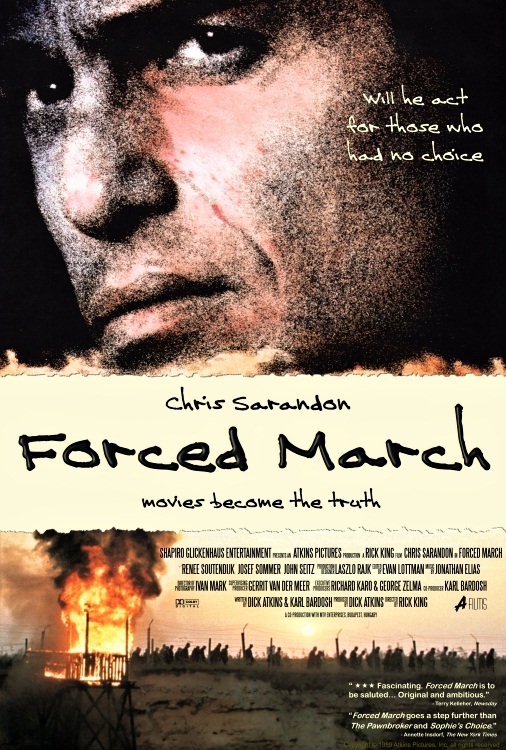 Originally shot in Hungary in 1988, this new version of FORCED MARCH is even more haunting, given the re-emergence of anti-Semitism in today’s Hungary. Chris Sarandon plays BEN KLINE, an American television star and a “bankable name” who is cast to portray the Hungarian writer Miklos Radnoti, whose journal of poems was found with his body, buried in one of Hungary’s mass graves. Kline is also the son of a Holocaust survivor and has long resented his father’s refusal to speak about the War. Now given the opportunity to play the role of a hero, but faced with the reality of a victim, the boundaries between truth and illusion begin to blur. Kline’s idea of resistance begins to clash with his director (John Seitz), who rejects his impulses to fight back as unrealistic. How will Kline fulfill his role as Radnoti, and what kind of legacy will he leave in the minds of the audience, who may come to know the Holocaust only by what they see in the movies?