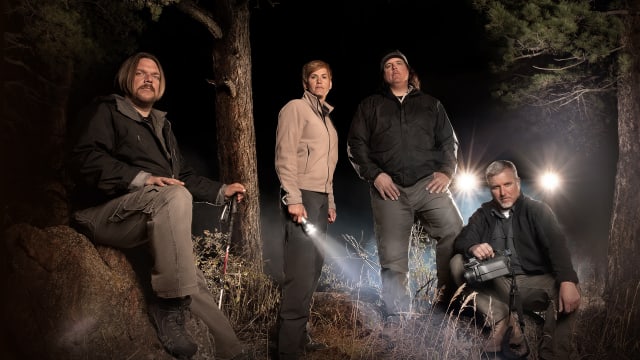 Finding Bigfoot is an American television series on Animal Planet. It premiered on May 29, 2011. The program follows four researchers and explorers investigating potential evidence of Bigfoot, a cryptid hominid allegedly living in the wildernesses of the United States and Canada. While the Finding Bigfoot team never captured photographic evidence of the creature's existence, the show gained high ratings and was a top earner for Animal Planet. The series finale and the 100th episode was released on May 27, 2018. (Wikipedia)

S12E1: Return of the Legend