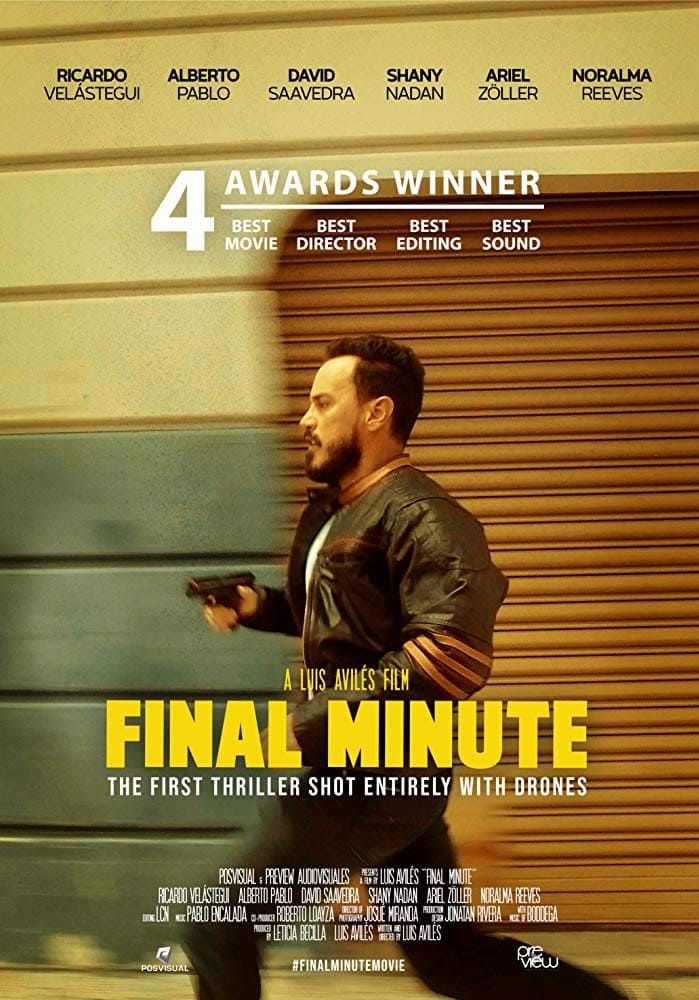 Final minute is an Ecuadorian police thriller film, directed by Luis Avilés, was produced by Leticia Becilla and starring Ricardo Velasteguí. It is the first film in the world to be recorded entirely with drones.1 The film was released in Guayaquil, Quito, Cuenca, Manta, Durán and Samborondón, on August 3, 2018.