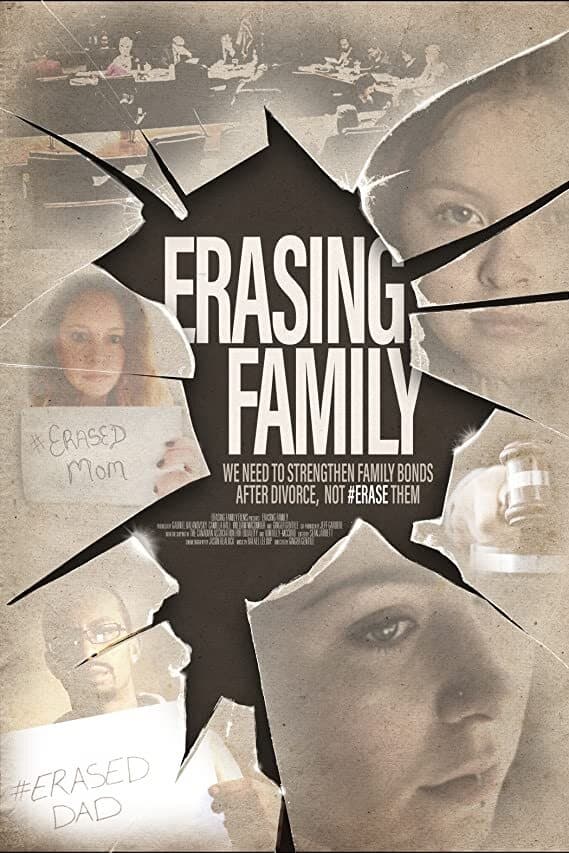 In North America, over 25 MILLION PARENTS are being erased from their children's lives after divorce and separation. The ERASING FAMILY documentary follows young adults fighting to reunite with their broken families. Through the eyes of 23-year-old Ashlynn, 12-year-old Lauren and 28-year-old Brian, consequences on mental health caused by profiteering high-conflict divorce court settlements are revealed. The film shows programs that encourage mediation and shared parenting which will prevent parental alienation and future childhood trauma, making divorce and separation less costly both financially and emotionally. The film ends with children and parents being reunited on screen and will inspire other kids to reach out to #erased parents, siblings and grandparents.