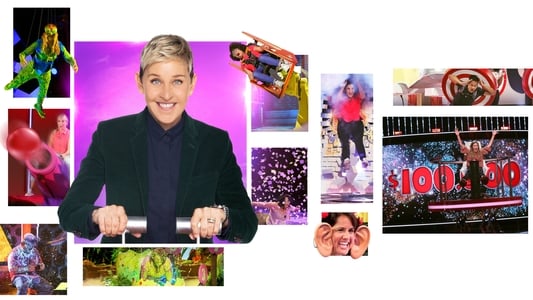 Ellen's Game of Games, also known as Game of Games and stylized as ellen's GAME OF GAMES, is an American television game show that premiered on December 18, 2017. & December 19 2017 In March 2017 Taped in November 28 2017, NBC ordered six (later eight) hour-long episodes of the series. Ellen DeGeneres serves as host, while Stephen "tWitch" Boss appears as announcer/sidekick. The series is based on game segments from DeGeneres' daytime talk show, The Ellen DeGeneres Show. A special preview episode aired on December 18, 2017, with the official series premiere on January 2, 2018. On January 9, 2018, NBC renewed the series for a 13-episode second season.From CTV On January 16, 2019, NBC Renewed the series for a third season. The third season premiered on January 7, 2020. On February 18, 2020, DeGeneres announced on The Ellen DeGeneres Show that the series was renewed for a fourth season. The fourth season premiered on October 6, 2020. (Wikipedia)