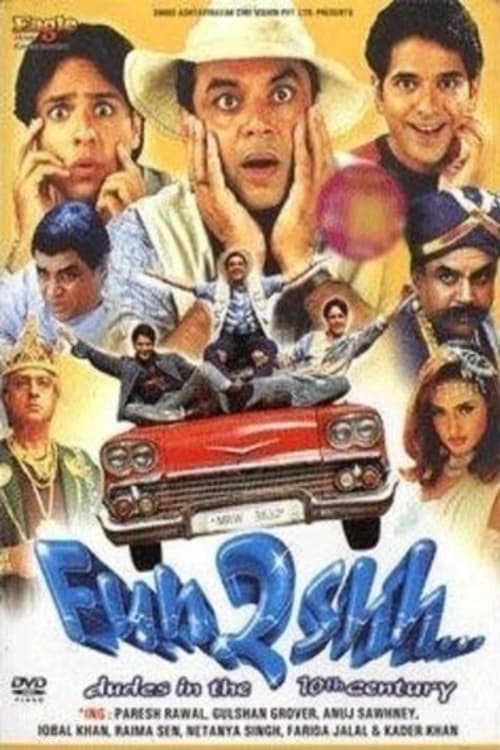 Dudes in the 10th Century

Bombay City lives in fear of a notorious thief who calls himself Chindi Chor, and steals whenever and whatever he desires without any regard to security, and police protection. When Ghoshal announces the exhibition and subsequent auction of Emperor Babushah's crown, Chindi challenges him that he is going to steal this priceless crown, and Ghosal accepts the challenge, and hires private security guards. Chindi carries out the theft, and two of the security guards, Vikram and Ajay, and an accomplice, John D'Souza, become prime suspects, and are on the run. They must apprehend Chindi and recover the crown to absolve themselves of this crime. While being chased by security guards, the trio crash into a wall, and are transported back to the 10th century, straight into the palace of Emperor Babushah himself. The trio think they are on the sets of a Bollywood movie, and take nothing seriously, until they are imprisoned. It is then the hapless trio realize that they must not only escape, but must also take the crown, back with them to the 21st century to absolve themselves of this crime. They do realize that only an miracle can get them back to the 21st century.

Dudes in the 10th Century