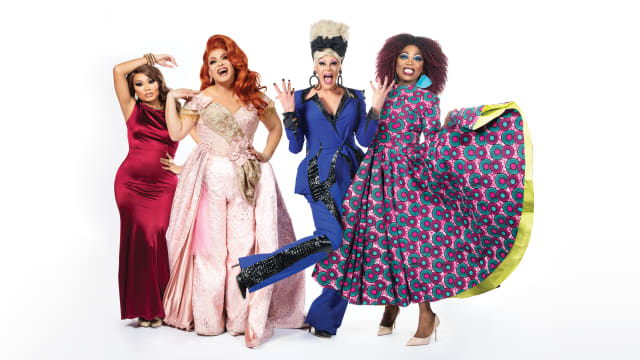 Dragnificent! is a television series on the American network TLC. The show started as a special branded as Drag Me Down the Aisle which aired on March 9, 2019. It features Alexis Michelle, BeBe Zahara Benet, Jujubee, and Thorgy Thor, four drag queens who are all RuPaul's Drag Race alumnae, helping an engaged woman to plan her upcoming wedding. On January 15, 2020, TLC announced that it had given a full season run to Dragnificent!, a new show to be based on the Drag Me Down the Aisle special. The series premiered on April 19, 2020. (Wikipedia)