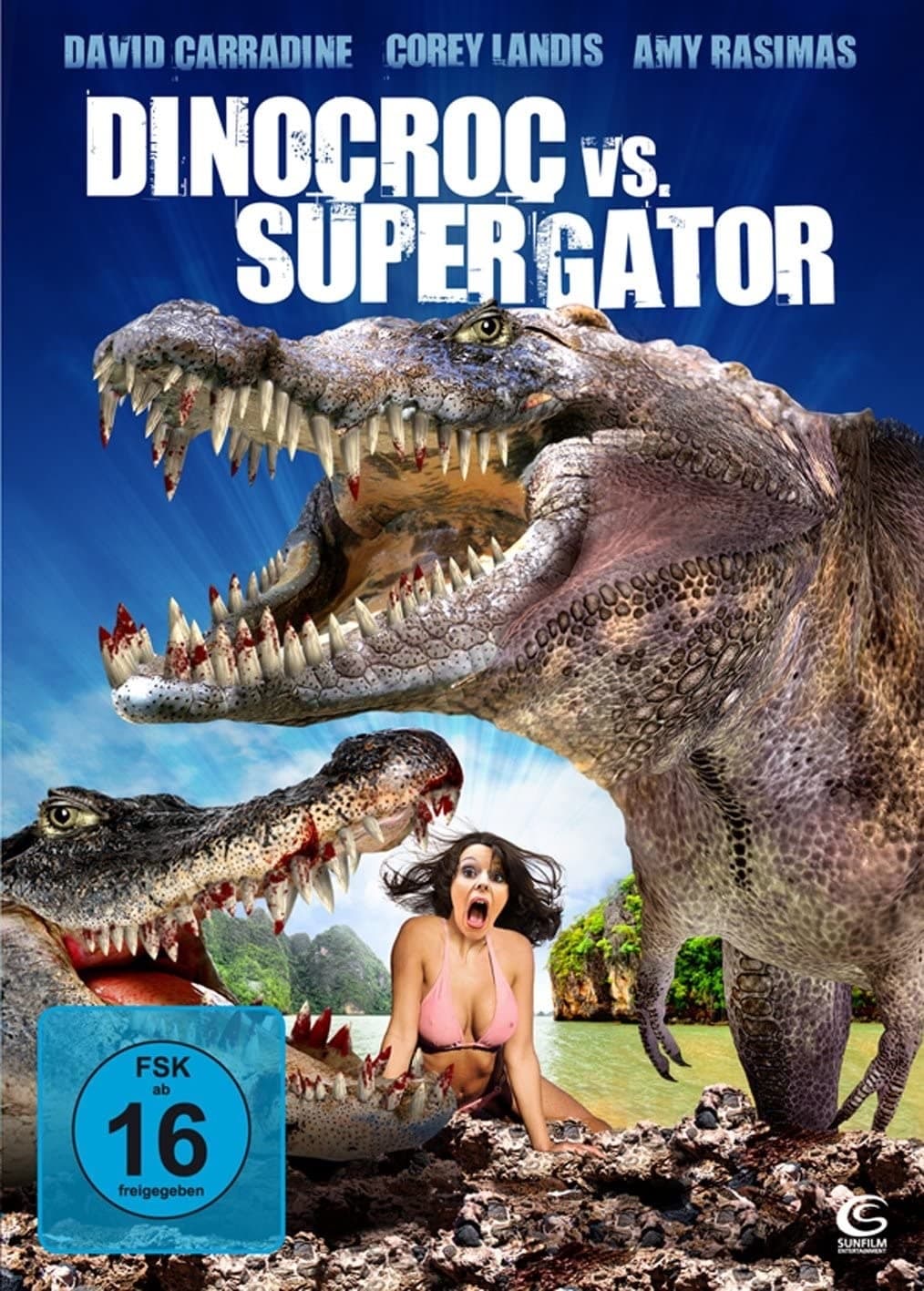 On a lush tropical island, working under a secret government charter, Martin Drake has not only grown sprawling acres of giant vegetables, but inadvertently spawned two mammoth reptiles as well. Now they've broken free of their enclosures, and Drake has only one option: kill the creatures before word gets back to Washington and they close him down. When Drake's first team of well-armed mercenaries gets wiped out within hours of setting down in the jungle, he turns to one lone hunter, The Cajun, to go in single-handedly. But will The Cajun be cunning enough to find the creatures and destroy them before they turn the blue waters red with the blood of tourists. The only hope is to bring the monsters together and make them fight. When one emerges victorious, that will be the time to strike and kill the other. It's a risky plan, but ultimately the only one that may work. One of David Carradine's last movies.