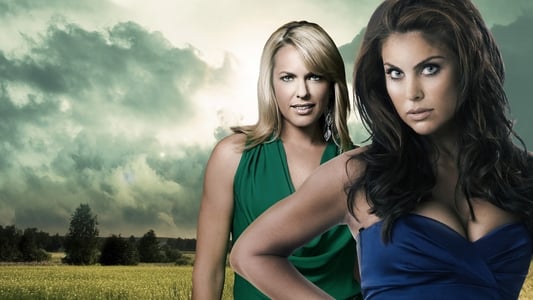 Days of Our Lives (also stylized as Days of our Lives; often abbreviated to DAYS or DOOL) is an American daytime soap opera broadcast on NBC. It is one of the longest-running scripted television programs in the world, airing nearly every weekday since November 8, 1965. A co-production of Corday Productions and Sony Pictures Television, the series was created by husband-and-wife team Ted Corday and Betty Corday. During Days of Our Lives' early years, Irna Phillips (creator of former NBC stablemate Another World as well as its former CBS rivals, As the World Turns and Guiding Light) served as a story editor for the program and many of the show's earliest storylines were written by William J. Bell (who would depart the series in 1975 to focus full-time on The Young and the Restless, which he created for CBS in 1973). The series primarily focuses on its core families, the Hortons and the Bradys, in a town called Salem. Several other families have been added to the cast, and many of them still appear on the show. Alice Horton (Frances Reid), the matriarch of the series' Horton family, remained with the show from its inception to the death of her actress in 2010, although her last formal appearance occurred in December 2007. Suzanne Rogers is the longest-serving member of the program's current cast and the longest-serving current cast member of an ongoing American soap opera, having appeared on the show since August 1973. (Rogers celebrated 40 years on Days of Our Lives in 2013.) Susan Seaforth Hayes – the second longest-serving actor currently on the program – is the only cast member to appear on Days of Our Lives in all seven decades it has been on the air, having made her first appearance in December 1968 as a recast of original character Julie Olson.Due to the series' success, Days was expanded from 30 minutes to 60 minutes on April 21, 1975. Days of Our Lives is the most widely distributed soap opera in the United States, and has been syndicated to many countries around the world in the years since its debut. Days of Our Lives aired its 10,000th episode on February 21, 2005, and its 12,000th episode aired on January 11, 2013. The soap was given the title of most daring drama in the seventies due to covering topics other soaps would not dare to cover. The show's executive producer is Ken Corday (who has held that role since his mother, Betty, relinquished showrunning duties upon her semi-retirement from the program in 1986), and co-executive producers are Greg Meng and Albert Alarr. In November 2019, the show entered a planned four-month production hiatus; in January 2020, Days of Our Lives was renewed through September 2021. Since the cancellation of Passions in 2007, Days of Our Lives has been the only soap opera running on NBC.The show has been parodied by the sketch comedy series SCTV (as "The Days of the Week") and the sitcom Friends, with some cast members making crossover appearances on the show, including Kristian Alfonso, Roark Critchlow, Matthew Ashford, Kyle Lowder and Alison Sweeney. The show has had high-profile fans such as actress Julia Roberts and Supreme Court justice Thurgood Marshall. (Wikipedia)

Days of our Lives Casts

Days of our Lives Related