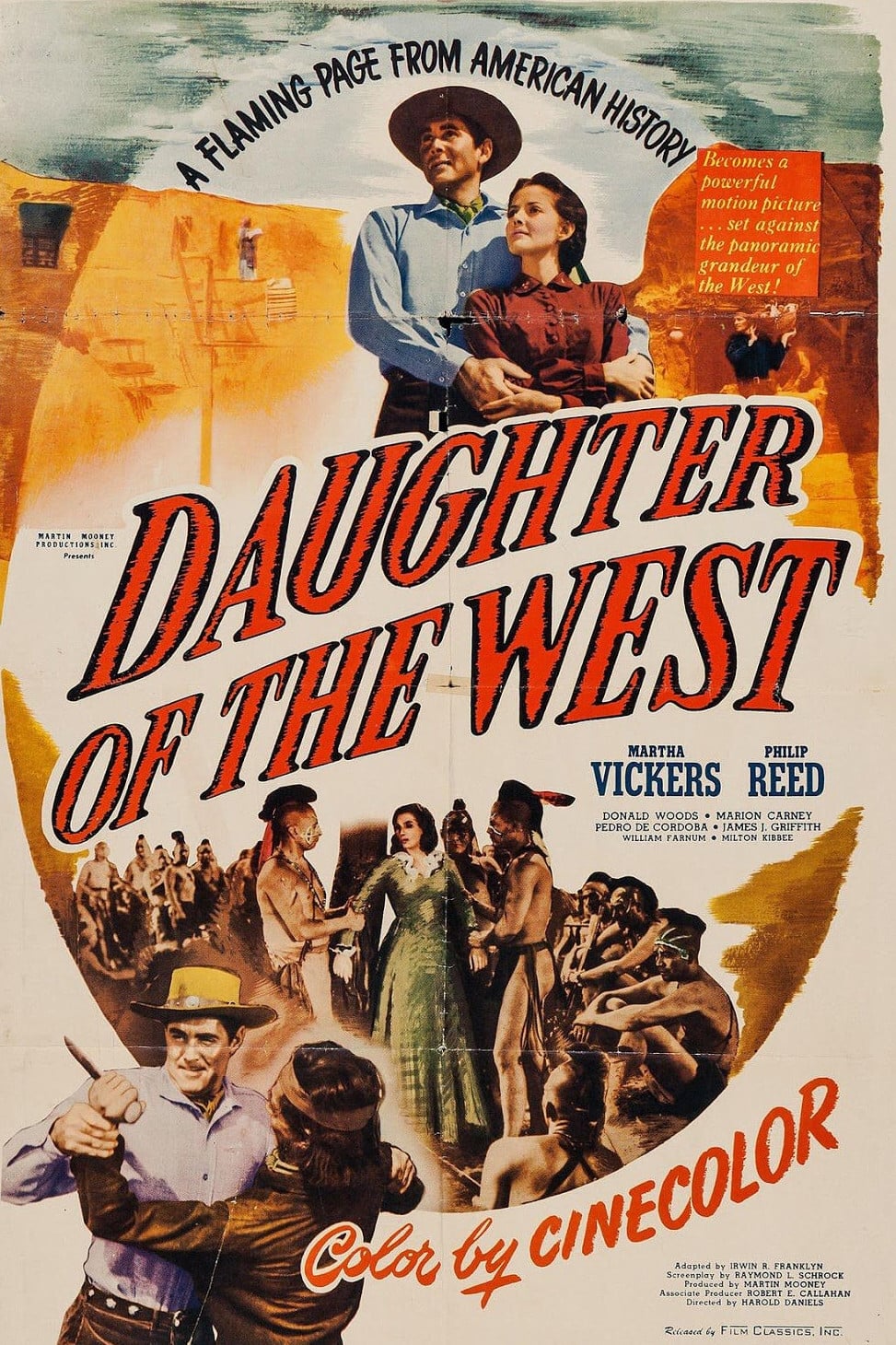 Daughter of the West

Lolita Moreno leaves the Mission San Juan Capistrano, where she has been raised by the Sisters and Father Vallejo under a mystery surrounding her family and goes to the Navajo Indian Reservation in Arizona to teach school. There she meets Navo White Eagle, who has just returned from Carlisle, and who plans to restore the reservation through irrigation and planting of citrus groves. Navo makes his goals and then discovers the land contains a tremendous copper lode which he intends to develop to help the tribe. Jim Connors, the white Indian agent, plans to steal it and, to get rid of Navo who is the only other one who knows about the copper, he murders an Indian named Yuba and blames it on Nova. Nova is given a trial by fire by the tribe and vindicated. Lorita rides to the Army post and gets the Colonel to arrest Connors and his henchman Morgan. Lorita learns that she is the daughter of the legendary Ramona and marries Navo, who is made agent for the reservation.

Daughter of the West