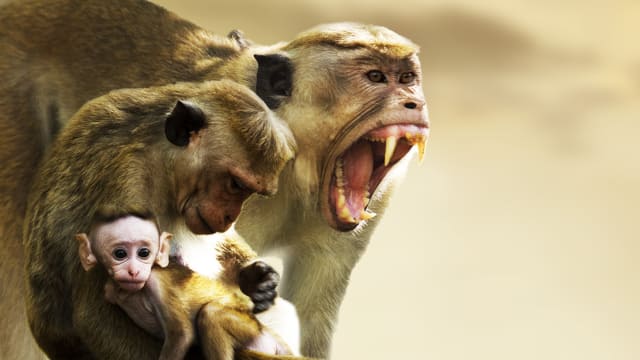 Dark Days in Monkey City is an Animal Planet documentary series about the lives of wild toque macaques in Sri Lanka. In the tradition of Meerkat Manor it followed the stories of individual primates, but differed from earlier shows by adding special effects and transitional animation (in the style of comic-book panels).It was devised as part of Animal Planet's strategy to re-brand itself as an "entertainment" network. Its entire 13-episode run was broadcast in 2009. (Wikipedia)

S1E3: Invasion of the Black Claws