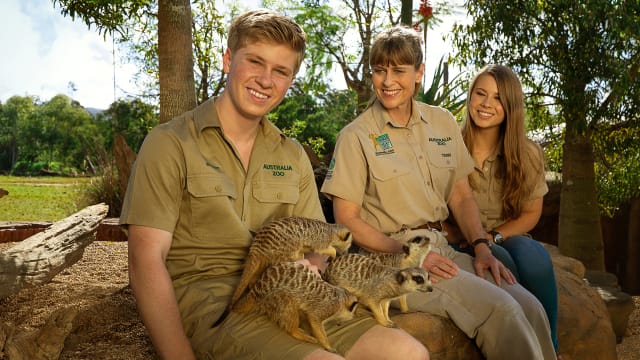 Crikey! It's the Irwins is an American reality television series. It premiered on 28 October 2018, on Animal Planet. On 24 January 2019, Robert Irwin announced on The Tonight Show Starring Jimmy Fallon that the show was renewed for a second season which premiered on 8 October 2019.

Starring Australians Robert, Bindi and Terri Irwin, Crikey! It’s the Irwins follows the Irwin family as they follow in the steps of Steve Irwin the crocodile hunter. (Wikipedia)

Crikey! It's the Irwins Casts

Crikey! It's the Irwins Related