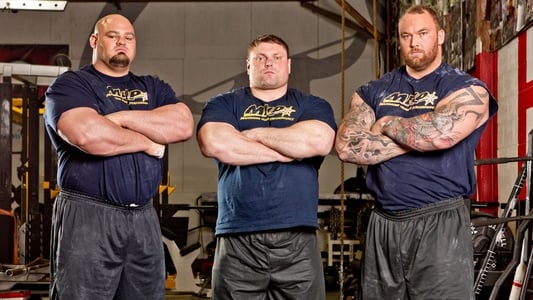 Born Strong is the story of the four strongest men on the planet. Each year, the Arnold Strongman Classic crowns the winner in the purest test of strength on the planet. This year’s Arnolds are unique with each of these four weighing more than 400 pounds. Lithuanian Zydrunas Savickas, 40, is the acknowledged Strongest Man Ever, who may have passed his prime. American Brian Shaw is the defending champion, a 6’8’, 425-pound giant who seems poised to take the crown. England’s Eddie Hall is “the hungry wolf, ” knocking on the door. “I’ll do anything, ” he says. “I’ll die, if I have to. ” Finally, there’s Icelander Hafthor Bjornsson, who plays the Mountain on Game of Thrones. He’s the youngest of the group, but with perhaps the greatest potential. “It’s great to see these Monsters, ” says Arnold Schwarzenegger, the host of the competition and a former bodybuilding champion. Born Strong revels in the drama when these remarkable giants clash.