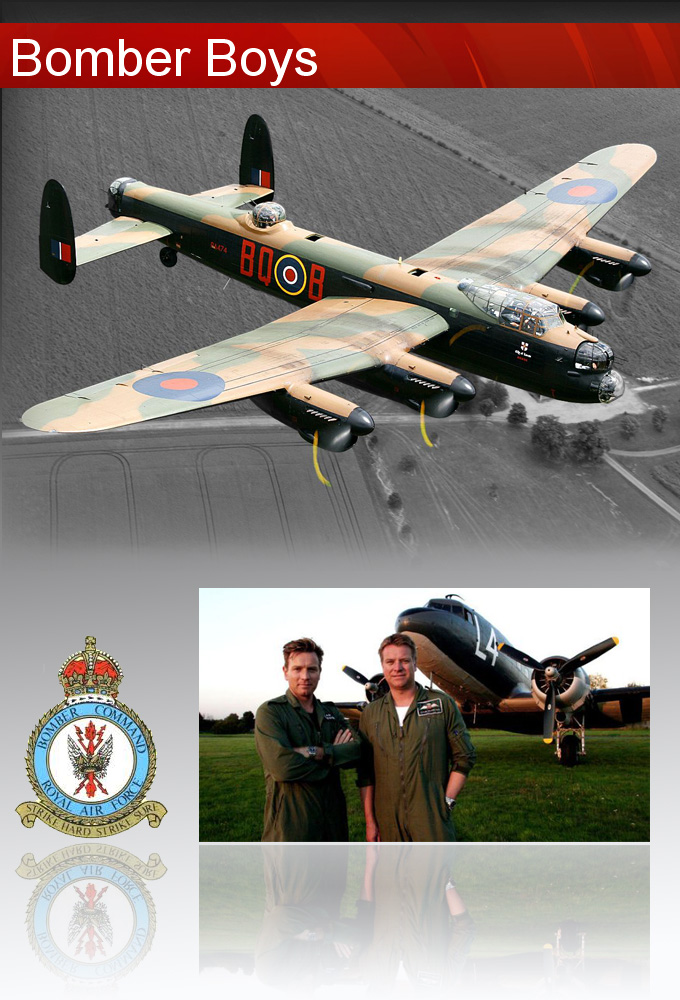 Using a unique blend of living history elements, CGI, first-person interviews and never-before-seen WWII footage, this dramatic four-part documentary series follows a new generation of young men - all of whom are descendants of WWII veterans - as they undergo training to become a Lancaster aircrew. While these new recruits struggle to come to terms with 1940s discipline and values, we hear the harrowing anecdotes of the "real" Bomber Boys - the veterans who flew into the night skies over Occupied Europe to fight in some of the most critical battles of the war. As the two groups come together, a special bond emerges, building a bridge between the generations and giving new understanding to the experiences of those who fought in the Second World War