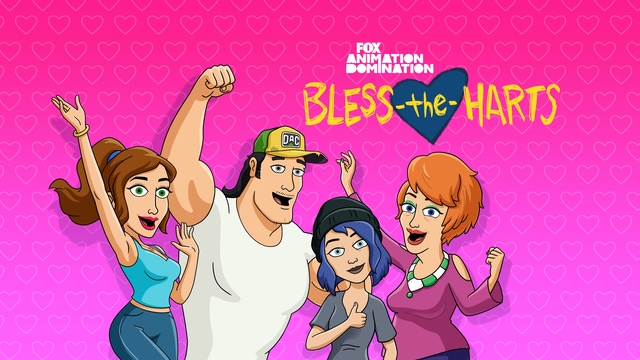 Bless the Harts is an American adult animated sitcom created by Emily Spivey for the Fox Broadcasting Company. Debuting on September 29, 2019, the series is executive produced by Spivey, Andy Bobrow, Phil Lord, Christopher Miller, Kristen Wiig, and Seth Cohen. The series is a joint production between Fox Entertainment and 20th Television. The animation production is handled by Titmouse, Inc., with overseas animation services by Yearim and Digital eMation in Seoul, South Korea. The show's title is based on the Southern phrase "Bless your heart". In October 2019, the series was renewed for a 22-episode second season. The second season premiered on September 27, 2020.Emily Spivey and Andy Bobrow served as showrunners for the series' first season. (Wikipedia)

Zig & Sharko: In the Lagoon