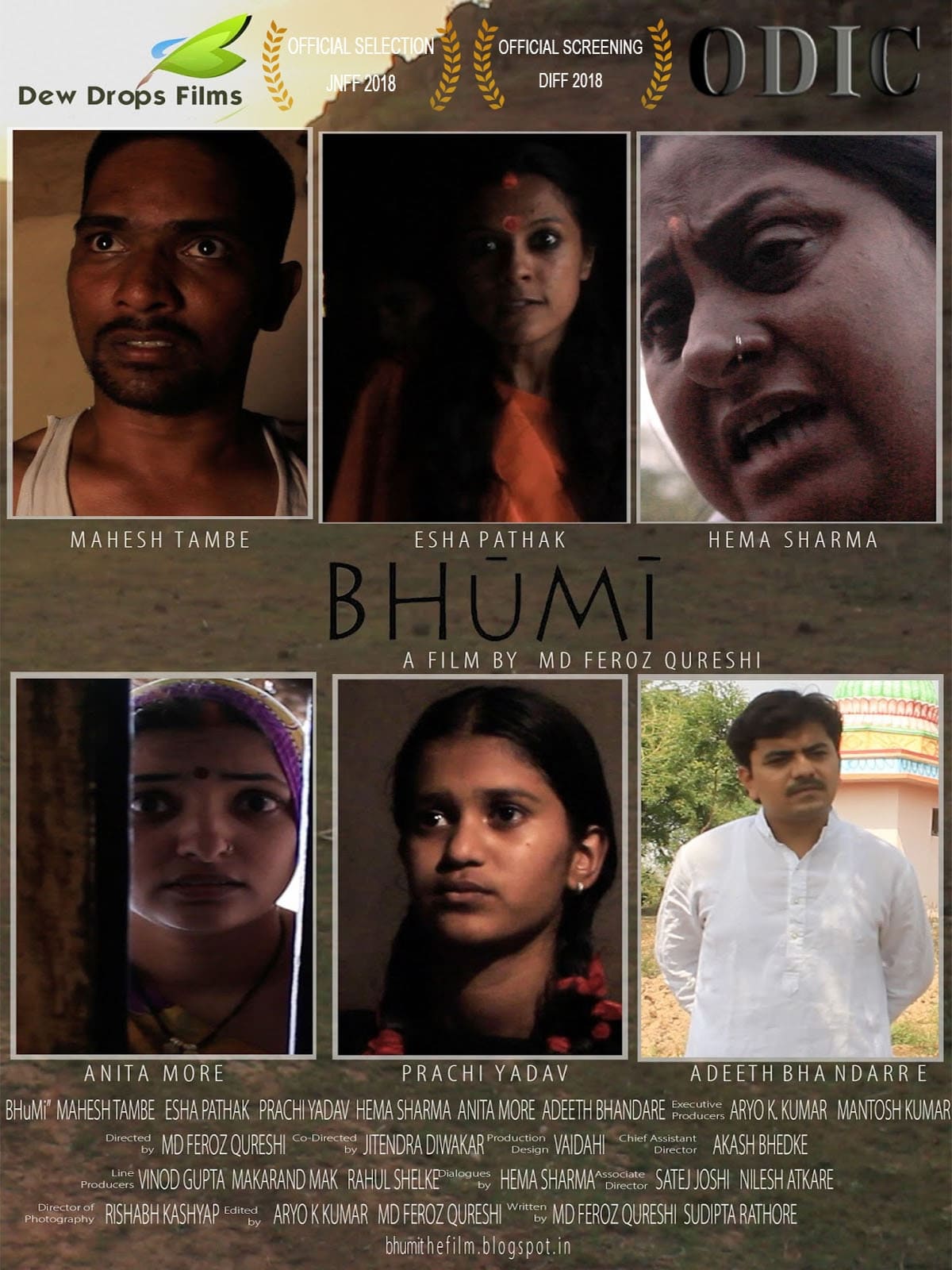 The story of the film begins with the murder of a new born baby girl from Mangala Seheriya(Kallu Majumdaar's Wife) by the Parvati Seheriya(Kallu's mother) of the family supported by the villagers and the (Kallu) Father of the baby girl in the name of Goddess i.e. Devi mata. In the urge of getting a male child, Kallu tried again with Mangala and they had twins - a boy (Raghu) and a Girl (Bhumi). Because of birth of Raghu, Parvati didn't give much importance to kill Bhumi as she is happy to get a male child. Everything is going fine till the day when Raghu died and from that day the sufferings of Bhumi started. As the time passes, Parvati died at her old age and Kallu became physiologically ill. The village started suffers from the drought. Now Kallu become a big problem for the Mangala and Bhumi. He beat them and drinks allot and also he didn't work anymore. When they have nothing to eat, Mangala and Bhumi started working at a distance school and earn their living. Bhumi got chance to study at that school and Mangala supported her allot. One day, Kallu wants to sell Bhumi in the hand of few people for money but Mangala saved her and helped her to run away somewhere far and study allot, live her life. This action results into the death of Mangala been killed by Kallu. Kallu sells the field for money to his neighbor and then died drinking poisonous liquor. Bhumi gets success in her life. She struggled allot and got a good job in the bank. One day she is coming back to the village to meet her mother and she kept knocking the door. But no one answers.