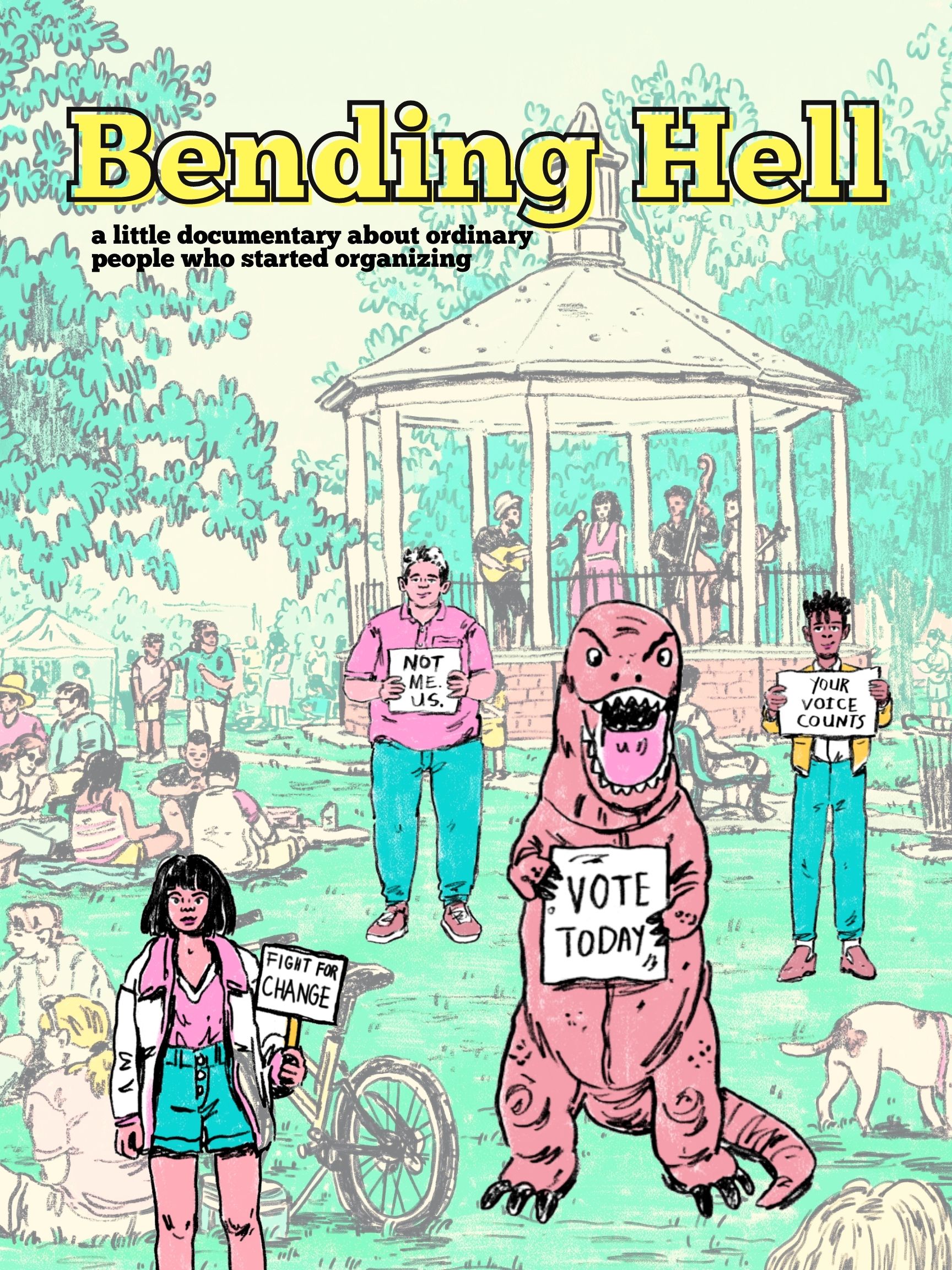 Created by Julie Wilson and Margaret West, Bending Hell tells the story of Larry McKnight and Autumn Vogel's highly successful campaign for Meadville City Council. Our current political system is broken. It does not represent, much less work for, ordinary poor and working people. Meanwhile, places like Meadville, Pennsylvania are left behind by our Wall Street-led global economy. If we want a better future, we are going to have to build solidarity in our communities so we can fight for, and win, the future we need. That's what Bending Hell is all about. The film is organized as a "how-to" guide to help other ordinary people start organizing for political power in their own communities.