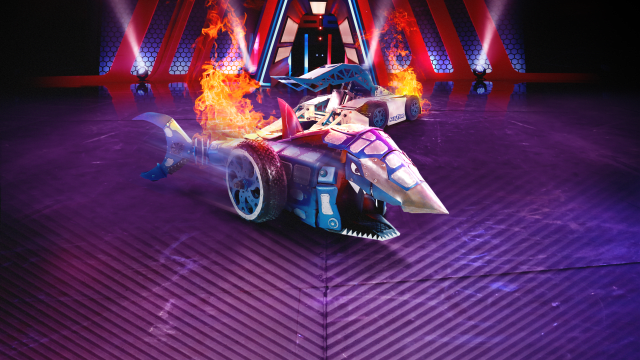 BattleBots is an American robot combat television series. Competitors design and operate remote-controlled armed and armored machines designed to fight in an arena combat elimination tournament. For five seasons, BattleBots aired on the American Comedy Central and was hosted by Bil Dwyer, Sean Salisbury, and Tim Green. Comedy Central's first season premiered on August 23, 2000, and its fifth and last season ended on December 21, 2002. A six-episode revival series premiered on ABC on June 21, 2015, to generally favorable reviews and ratings. Additionally, ABC renewed BattleBots for a seventh season, which premiered on June 23, 2016. In February 2018, Discovery Channel and Science picked up the show for BattleBots' eighth season, which began airing on May 11, 2018. A ninth season of BattleBots premiered on Discovery Channel on June 7, 2019.Discovery Channel has renewed the series for a tenth season and it was originally set to premiere May 15, 2020, but was postponed to a later date due to the ongoing COVID-19 pandemic. Production of the tenth season was postponed until October and began on October 2, 2020. On November 12, 2020, it was announced that the tenth season will premiere on December 3, 2020. (Wikipedia)

S4E13: One Flipper to Rule Them All