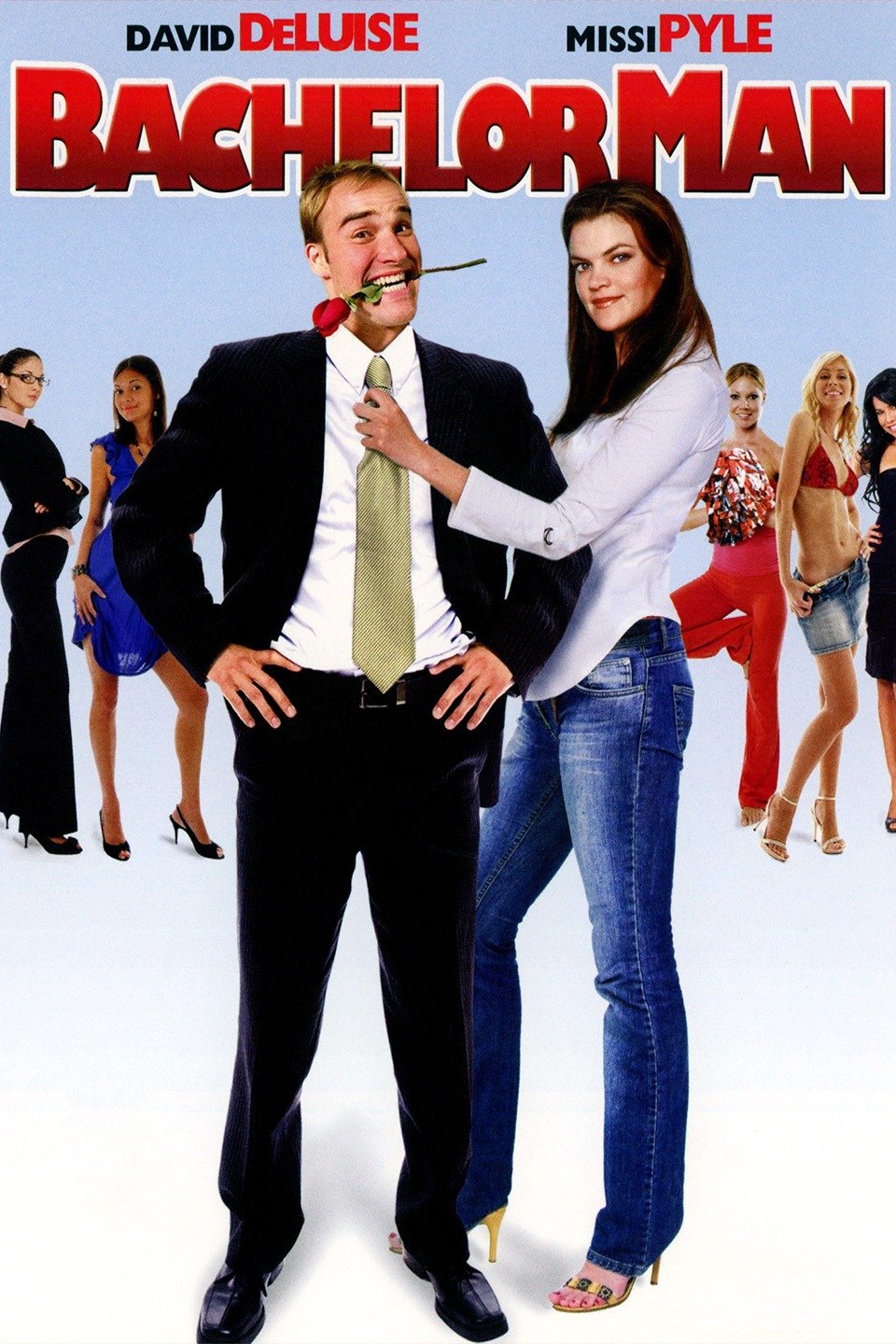 In these times of enlightened sexual politics, Ted Davis is a scoring machine. He's got the rap, the charm and his little black book weighs several pounds. Ted has become a guru to his buddies who can only aspire in awe to his greatness. This is a man's man, a ladies man, a super-hero: He's Ted Davis: "BachelorMan" When the woman of his dreams, "Heather" moves in next door, Ted's ordeal begins. She's beautiful, long-legged, athletic and LOUD. Her constant groans and howls of amorous pleasure turn Ted's domain of conquest and libidinous triumph into a nightmare world of BachelorMan-Interruptus. So the hunt begins as Ted delivers a first round of come-ons and invitations for his object of desire to become entangled, but nothing works. When all seems hopeless, Ted gets some guidance from his good friend Meg that turns the situation around: "Don't scam on her, listen to her, be SINCERE." Of course! Ted runs next door to attest his true feelings for the only woman he could ever love - and sure enough - it works! They fall passionately into each other's arms. Realizing that in this love-induced haze, he's been tricked into turning his life upside-down, Ted breaks it off with Heather to again pursue his destiny as "BachelorMan." But something is very wrong in single and looking land. Ted can't turn the ladies heads like he used to - none of the scams work. He's lost his super powers, and it will take all of BachelorMan's skill and cunning to get his Lois Lane back.