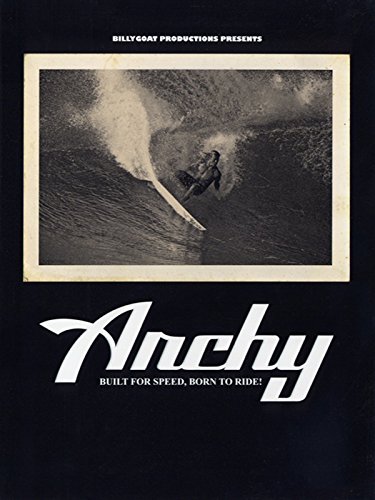 When Matt Archbold started surfing back in 1979 at age 11 the world had no idea that it was about to witness one of the most explosive surfers to ever set foot on a surfboard. With a career spanning nearly 3 decades now, Archy is considered to be the most successful free surfer of all time and one of the originators of high performance surfing. As Martin Potter was setting the stage globally for high performance surfing in the early '80s, a young crew out of San Clemente led by Archy was about to blow the roof off of surfing. From dropping out of high school as a freshman at 15 and turning pro, to becoming the poster child of surf clothing giant MCD, Archy's young life was no dull moment. After he struggled with competitive surfing for the next 5 years, and having some success winning a handful of Bud Tour events, Archy quickly learns pro surfing's 3 turns to the beach format isn't for him. He then decides to set out on a fairly new frontier, "free surfing" getting paid to simply go out and get photo's, something that had not been done up until then. In his early 20's, his name became synonymous with the legendary surf spot known as "Off the Wall" all the while riding shorter boards in bigger surf something that most had never done or dreamed of doing. Archy's Ariel attack in the water and explosive surfing revolutionized what we view as high performance surfing today. ARCHY is a timeless film that tells the story of 3 very different generations in surfing. Spanning the '80s, ; '90s, 2000 and on, Archy's amazing story is one of survival thru surf stardom at an early age, fame, drugs, alcohol, sponsorships and the surf rock star lifestyle. Light will finally be shed on the true-life story of one of the most charismatic and legendary surfers in history. Compelling interviews, explosive surf action, timeless photos matched with Narration by Henry Rollins from the legendary band Black Flag and set to an all time soundtrack including The Clash, Social Distortion, David Bowie, The Rolling Stones, Devo, and many others, ARCHY is sure to effect audiences of all walks of life worldwide. This is a story that needs to be told.