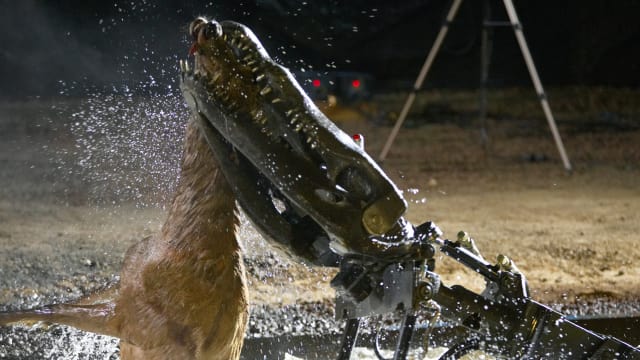 Animal Face-Off, produced by NHNZ, centers on hypothetical battles between two animals that could meet in the wild, or, in some cases, have been compared to each other by scientists. CGI replicas and models were used to collect data (such as strength, bite force, etc.) about the animals. Then, in a virtual arena, a brief computer-animated fight scene reveals the results. (Wikipedia)