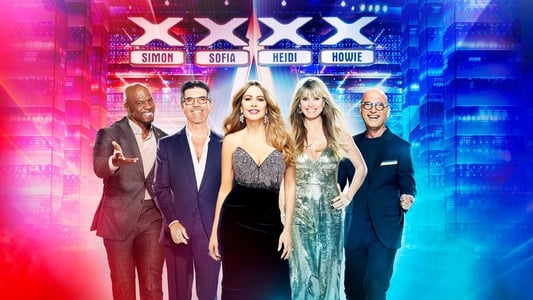 America's Got Talent (often abbreviated as AGT) is a televised American talent show competition, and is part of the global Got Talent franchise created by Simon Cowell. The program is produced by Fremantle USA and Syco Entertainment, distributed by the former, and broadcast on the NBC television network, premiering on June 21, 2006, after plans for a British edition in 2005 were suspended following a dispute within the British broadcaster ITV; production would later resume in 2007, following the success of the first season. Each season is mainly run during the network's summer schedule, and has featured various hosts over the course of the program's history; the current host is Terry Crews. The program attracts a variety of participants, from across the United States and abroad, to take part and who possess some form of talents, with acts ranging from singing, dancing, comedy, magic, stunts, variety, and other genres. Each participant who auditions attempts to secure a place in the live episodes of a season by impressing a panel of judges - the current line-up consists of Cowell, Howie Mandel, Heidi Klum and Sofia Vergara. Those that make it into the live episodes compete against each other for both the judges' and public's vote in order to reach the live final, where the winner receives a large cash prize, primarily paid over a period of time, and, since the third season, a chance to headline a show on the Las Vegas Strip. The show itself has been a rating success for NBC, drawing in on average around 10 million viewers per season. In 2013, a book titled Inside AGT: The Untold Stories of America's Got Talent was released, providing a description of the seasons, contestants, judges, and production techniques of the show, along with detailed interviews with contestants from all seasons, up to the date of the book's publication. The program has run for a total of fifteen seasons, and spawned a spin-off competition titled America's Got Talent: The Champions, consisting of notable contestants from the U.S. and other international versions of the franchise. The spin-off premiered on NBC on January 7, 2019. (Wikipedia)

S15E24: Countdown to the Finale