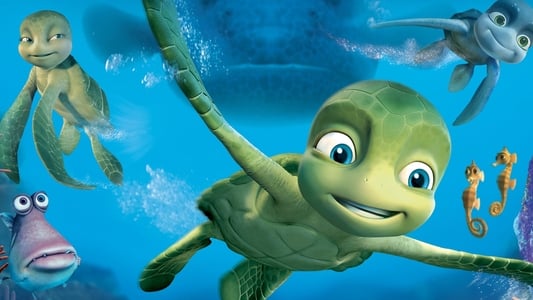 A sea turtle who was hatched in 1959 spends the next 50 years traveling the world while it is being changed by global warming. Born on a Baja, California beach in 1959, new hatchling Sammy must do what his fellow newborn sea turtles are doing: race across the beach to the ocean before they are captured by a seagull or crab. Thus begins Sammy's incredible fifty-year ocean journey. Along the way he meets his best friend, a fellow turtle named Ray, and overcomes obstacles both natural and man-made while trying to fulfill his dream of travelling around the world. Throughout his voyage, Sammy never forgets about Shelly - the turtle he saved on his first day and loves passionately from afar. Based on the actual trajectory of a sea turtle's life, the film illustrates the dangers humans pose to the species' survival. The film combines entertainment with an important environmental message.

Blood In The Water

Monsters in the Woods

Brotherhood of the Traveling Rants

Poolboy Drowning Out the Fury

Kevin Nealon Whelmed But Not Overly

Rooftop in Gaza, A

Down on the Farm

Lost Treasure of the Maya

Symphony of the Wild

THE MAN WHO SKIED DOWN EVEREST

The Man From Nowhere (Dubbed)

The Food of the Gods

The Essence of Surfing

The Man From Beijing

Coming to My Senses

Sherlock Holmes and The Secret Weapon (in Color)

The Mystery of Green Hill

The Shape of Things to Come

Boonie Bears: Blast Into the Past

Death of a Salesman

Point of No Return, The

The Hero of Color City

A Pocket for Corduroy

Son of the Mask

Werewolf in a Girls Dormitory

In Search of the Titanic

MST3K: Warrior Of The Lost World

Tricks of the Trade

The Legend of Ben Hall

I'll Be Homeless for Christmas

The Night of the Wererooster

Dennis the Menace Strikes Back

Take It with You

The Call of the Wild

Nancy Drew and the Hidden Staircase

Tradition Is a Temple: The Modern Masters of New Orleans

Deadlier Than the Male

Pets to the Rescue

Dia of the Dead

In Football We Trust

Beneath the 12-Mile Reef

Speedracer - Race to the Future

Ride In The Whirlwind

Howard Lovecraft and the Kingdom of Madness