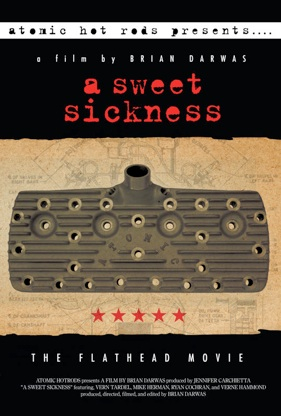 A Sweet Sickness: The Flathead Movie

Join Hot Rod Builder and Award Winning Filmmaker Brian Darwas, as he sits down and talks the world's top engine builders and fabricators about the engine that pioneered a movement, The Ford Flathead. Learn speed secrets from Vern Tardel. Get an in depth look at the build of of two high powered Flathead motors by Mike Herman (H&H) and Ronnie SanGiovani. Hear the stories that inspired Ryan Cochran to begin one of the most popular Hot Rodding networks in the world today, and ride along with Vern Hammond and Jack Carroll of The Burbank Choppers in their Flathead powered, traditional Hot Rods!

A Sweet Sickness: The Flathead Movie