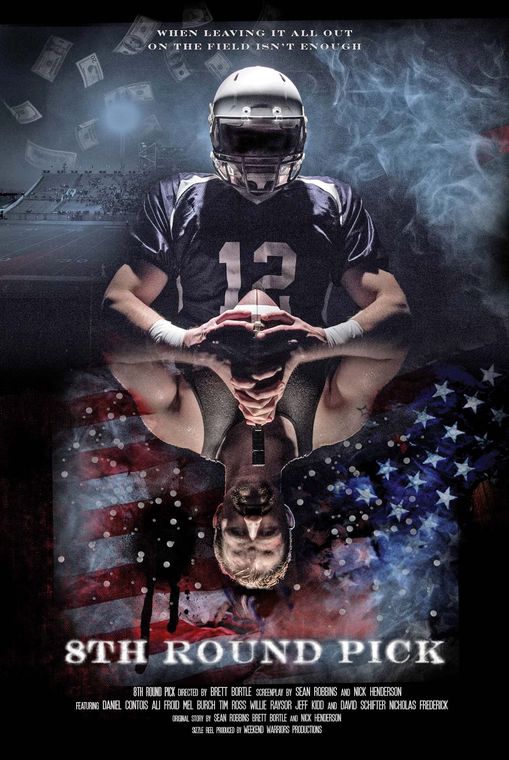 Arriving home from the NFL draft Austin Aimes is a broken man returning to a broken town and a celebration he won't receive. As a top rated college quarterback it seemed Austin had a lock on the life he always wanted to live, but now a destroyed knee seems to be his only guarantee -- a guarantee that is sidelining him from his dream and serving as a daily reminder that the dismantling of the draft clock reveals no time left. Re-acclimating to a real life he's never known in a town that has all but thrown him away, Austin punches his personal time card to hell bagging groceries day in and day out at a local grocery store. The last meaningful relationships left between his old teammates, his father, and his girlfriend, wither away along with the hope of fulfilling a deathbed promise to his deceased mother. With the memory of his final moments on the field grinding away his ability to move on from the game he loves, his life begins to spiral out of control into addiction, depression and dangerous desperation. With a shot at the regional combine looming, Austin reaches out to his old coach, the new high school quarterback, and deep within himself to see if he can find redemption in a game he loves but which can seemingly never love him back.