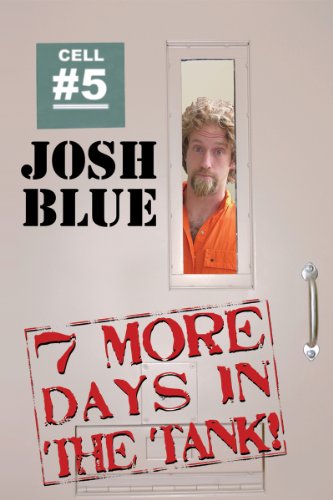 A gifted stand-up comedian and talented U.S. Paralympic soccer player, Josh Blue refuses to bow to any of the challenges that come from living with cerebral palsy. He jokes, "I realize that people are going to stare so I want to give them something to stare at." He uses his self-deprecating sense of humor to defy stereotypes and encourage others to overcome their pre-conceived notions about disabled people. Blue - who was born in Cameroon, West Africa, and raised in St. Paul, Minnesota - got his start in comedy while pursuing a B.A. degree in creative writing from Evergreen State College in Olympia, WA. He now calls Denver, Colorado "home". In addition to guest-starring on Comedy Central's "Mind of Mencia," Blue has been making audiences laugh in top comedy clubs, theaters, colleges campuses and corporate events all over the country. At the 2004 Las Vegas Comedy Festival, he won the $10,000 Grand Prize at the Royal Flush Comedy Competition. In 2005, he earned rave reviews on the college circuit and a nomination for "Best Diversity Event of 2006." Describing his comedy as "spastic and engaging," Blue wanted to be on "Last Comic Standing" to "make people aware of the fact that people with disabilities can make an impact." Apparently he was right; on August 9, 2006 he won Last Comic Standing 4. In addition to being a stand-up comic, Blue is also a U.S. Paralympic soccer player, and he participated in the 2004 Paralympic Games that took place in Athens, Greece. The Paralympics, held two weeks after the Olympics, are the world's second largest sporting event. In "7 More Days in the Tank", Josh Blue returns to Denver for a stellar homecoming performance at the historic Gothic Theater. Recorded three days after his Last Comic win, the show had sold out three weeks before. Referring to the recent "liquids" scare on air travel, Josh asks himself: "Josh Blue, you just won Last Comic Standing. What will you do now?" "I thought I'd take down an airplane with shampoo!"