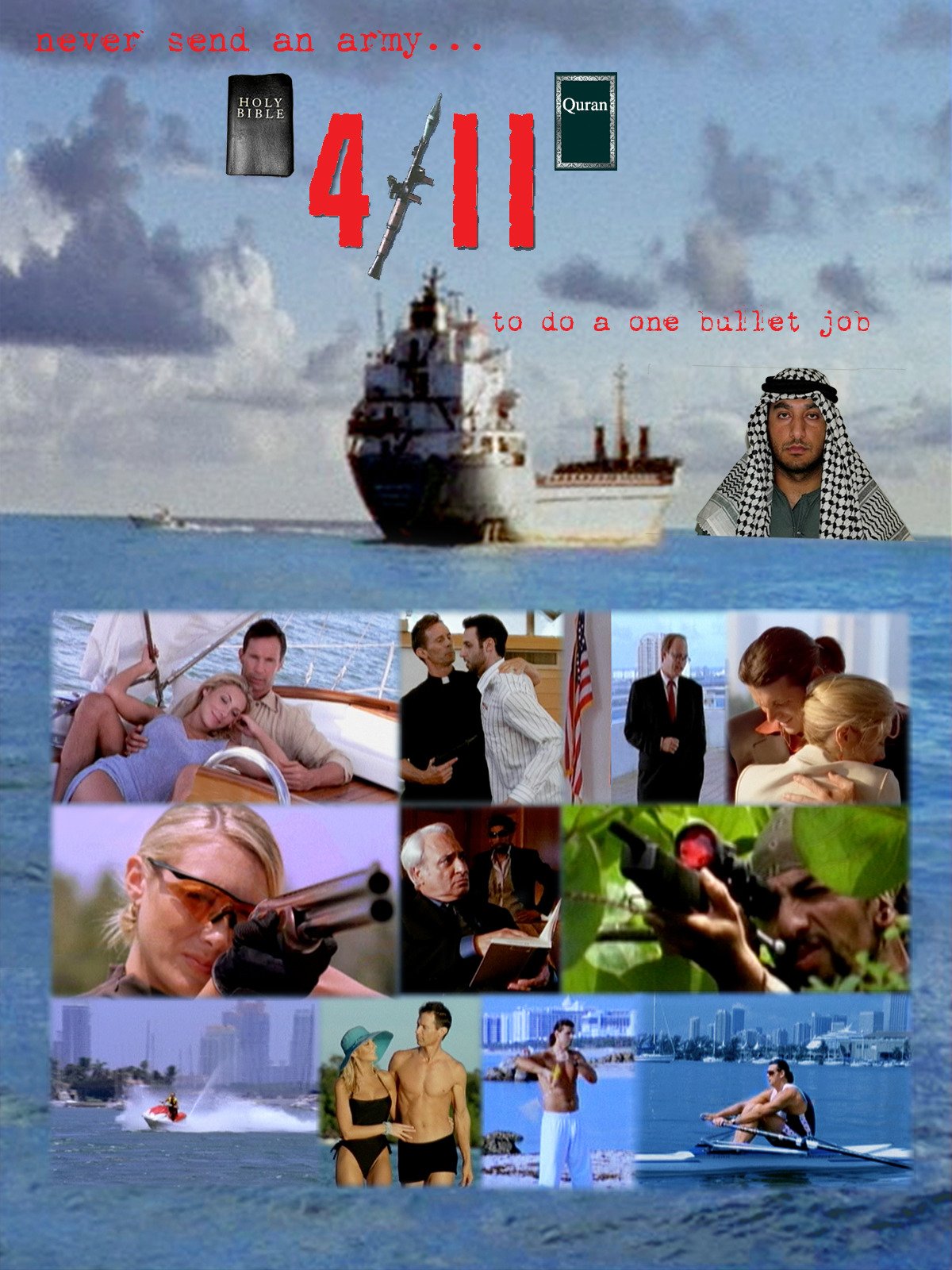 A female CIA operative seduces a bounty hunter to protect her undercover Interpol partner/boyfriend who's infiltrated an Al Qaeda terrorist cell in Miami and has a bounty on his head. She falls for the bounty hunter who doubts it as all three close in on the AL Qaeda mastermind and his deadly primary operative. '4/11' addresses the most widely held concerns about terrorism, the #1 topic of interest in the world.