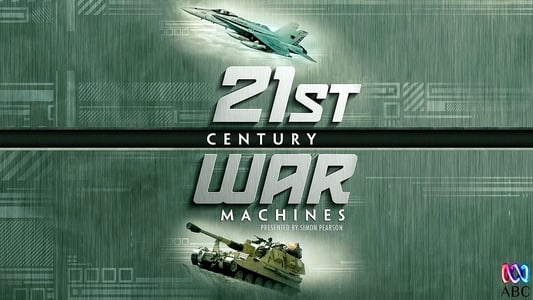 The machines and weapons designed to fight the full on heavy metal wars of the 20th century now face a grim challenge: they must adapt or die. Today, the armies of the world operate in low burn guerrilla conflict often in urban environments where civilian casualties must be avoided at all costs. Are todays enemies gaining ground against the cutting-edge military might of the West? And how can the designers and manufacturers of 21st century war machines counter these ever growing threats?


Renowned military analyst Simon Pearson provides a fascinating insight into warfare technology, past, present and future and expertly guides this five-part series through the origins of Main Battle Tanks, Attack Helicopters, Missiles, Fighter and Bomber Aircraft and Artillery right through to todays state of the art Digital Battlefield. We hear from the makers and users of the military technology whilst also investigating the history and the future of man and machine in combat. Supported by spectacular action-packed footage and intricate 3D computer-generated imagery, 21st Century War Machines both poses and answers many questions on this extremely topical and important subject and is a must have for anyone interested in military history.